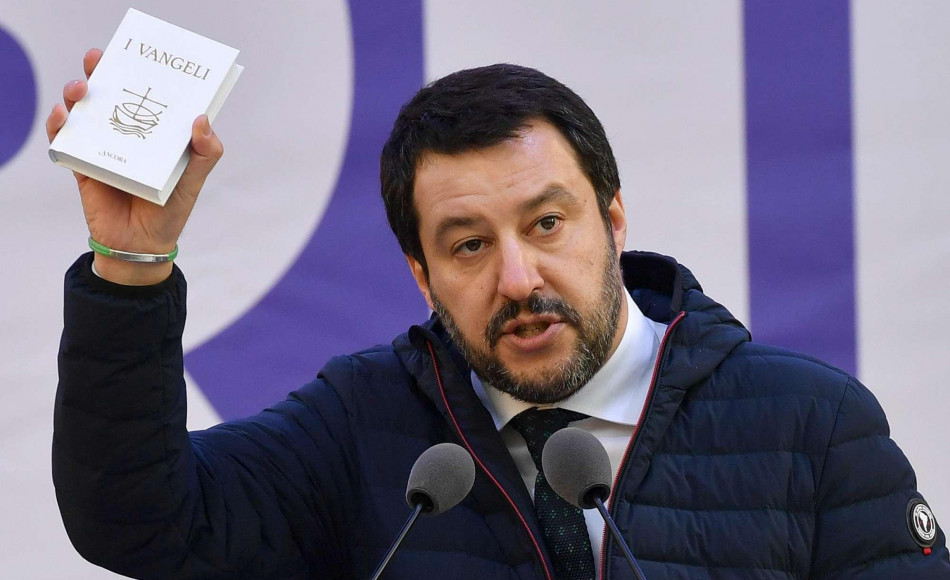 These ideas are nightmares to white parents / Whose worst fear is a child with dyed hair and who likes earrings / Like whatever they say has no bearing, it’s so scary in a house that allows no swearing / To see him walking around with his headphones blaring / Alone in his own zone, cold and he don’t care / He’s a problem child / And what bothers him all comes out, when he talks about / His fuckin’ dad walkin’ out / Cause he just hates him so bad that he blocks him out / If he ever saw him again he’d probably knock him out / His thoughts are whacked, he’s mad so he’s talkin’ back / Talkin’ black, brainwashed from rock and rap / He sags his pants, do-rags and a stocking cap / His step-father hit him, so he socked him back, and broke his nose / His house is a broken home, there’s no control, he just let’s his emotions go

Entertainment is changin’, intertwinin’ with gangsta’s / In the land of the killers, a sinner’s mind is a sanctum / Holy or unholy, only have one homie / Only this gun, lonely cause don’t anyone know me / Yet everybody just feels like they can relate, I guess words are a mothafucka they can be great / Or they can degrade, or even worse they can teach hate / It’s like these kids hang on every single statement we make / Like they worship us, plus all the stores ship us platinum / Now how the fuck did this metamorphosis happen / From standin’ on corners and porches just rappin’ / To havin’ a fortune, no more kissin’ ass / But then these critics crucify you, journalists try to burn you / Fans turn on you, attorneys all want a turn at you / To get they hands on every dime you have, they want you to lose your mind every time you mad / So they can try to make you out to look like a loose cannon / Any dispute won’t hesitate to produce handguns / That’s why these prosecutors wanna convict me, strictly just to get me off of these streets quickly / But all they kids be listenin’ to me religiously, so i’m signin’ cd’s while police fingerprint me / They’re for the judge’s daughter but his grudge is against me / If i’m such a fuckin’ menace, this shit doesn’t make sense Pete / It’s all political, if my music is literal, and i’m a criminal how the fuck can I raise a little girl / I couldn’t, I wouldn’t be fit to, you’re full of shit too, Guerrera, that was a fist that hit you

They say music can alter moods and talk to you / Well can it load a gun up for you, and cock it too / Well if it can, then the next time you assault a dude / Just tell the judge it was my fault and i’ll get sued / See what these kids do is hear about us totin’ pistols / And they want to get one cause they think the shit’s cool / Not knowin’ we really just protectin’ ourselves, we entertainers / Of course the shit’s affectin’ our sales, you ignoramus / But music is reflection of self, we just explain it, and then we get our checks in the mail / It’s fucked up ain’t it / How we can come from practically nothing to being able to have any fuckin’ thing that we wanted / That’s why we sing for these kids, who don’t have a thing / Except for a dream, and a fuckin’ rap magazine / Who post pin-up pictures on their walls all day long / Idolize they favorite rappers and know all they songs / Or for anyone who’s ever been through shit in their lives / Till they sit and they cry at night wishin’ they’d die / Till they throw on a rap record and they sit, and they vibe / We’re nothin’ to you but we’re the fuckin’ shit in they eyes / That’s why we seize the moment try to freeze it and own it, squeeze it and hold it / Cause we consider these minutes golden / And maybe they’ll admit it when we’re gone / Just let our spirits live on, through our lyrics that you hear in our songs and we can